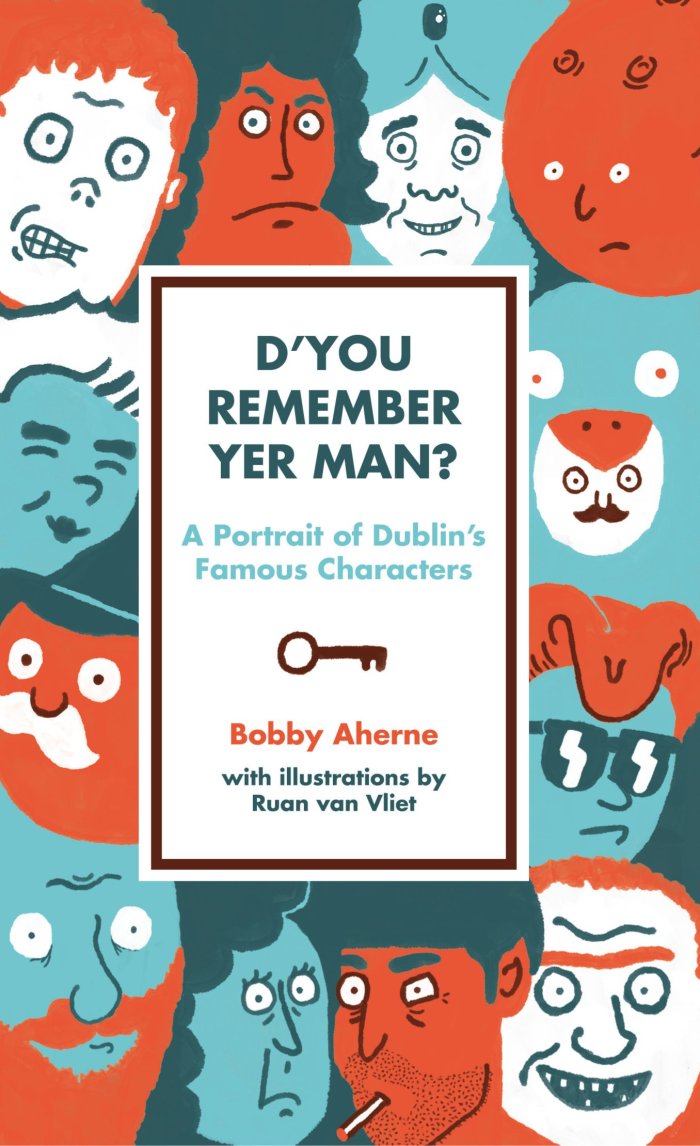 From lovable oddballs and quirky miscreants to out-and-out chancers and the certifiably insane, the streets of Dublin have been filled with an eclectic cast of characters through the years…

Aided by comic illustrations from Ruan van Vliet, Bobby Aherne relates the stories of over 100 of the city’s most eccentric inhabitants – the likes of Bang Bang and Hairy Yank, Shellshock Joe and Endymion.

The resulting anecdotes are often hilarious and at other times tragic, but always fascinating, providing an insight into the people that have passed into Dublin Folklore.

“A collection of eccentric or egregious Dubliners… a catalogue of outsiders that most fiction writers would reject as beyond the bounds of credibility. Aherne was employed as a storyteller in Dublin’s Leprechaun Museum, which explains his easy fluency in print. The illustrator, Ruan van Vliet has added an amusing and well-judged element to a charming book, catching the grotesque in the anguished stare that seeks understanding and compassion. If this one gets the sales it deserves, we expect to see [a second collection] soon.”

“a great little read that puts lives to names and faces”

“Completely fascinating… a delightful portrait of Dublin’s most famous characters…”

“The book tells the stories of a hundred of Dublin’s most loved characters renowned for their unique personalities which have cemented their respective places in Dublin folklore… inspired by The Book of Imaginary Beings by Jorge Luis Borges.”

“Ireland is full of unforgettable oddballs. For proof of this you need only turn to this delightful portrait of Dublin’s most famous characters”